Why Jurisdictions Matter
Published on November 17, 2021 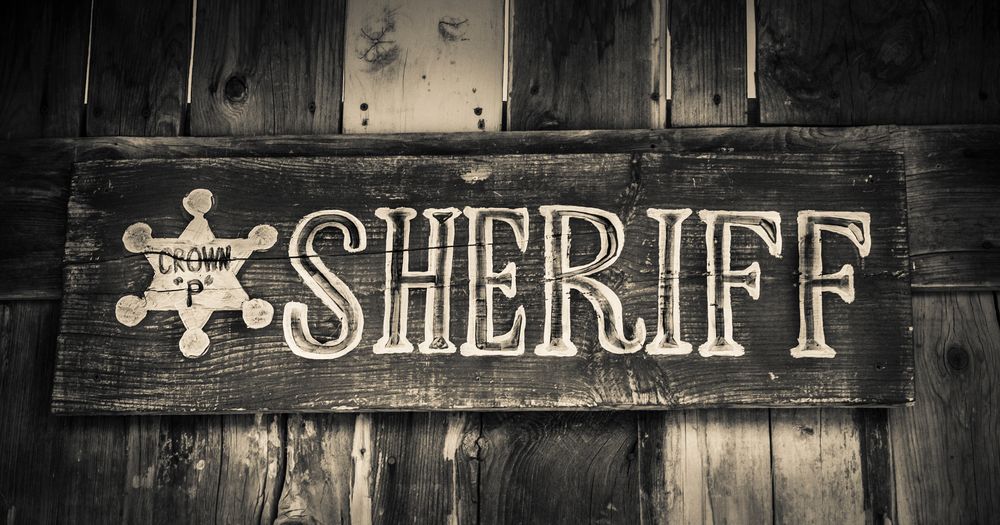 Imagine you’re having lunch at a local sandwich shop.  The County Sheriff walks in and orders a sandwich.  He proceeds to eat his lunch among the other customers.  However, when it is time to leave, he tells the cashier, “There is no charge for my lunch…  You see, I am the County Sheriff.  Since I am the authority in this county, there will be no charge for my sandwich.”  How would you feel?  Is he correct?  I mean, after all, he is a legitimate authority in the county.  Romans 13 says we should submit to the authorities.  But still, something doesn’t seem right here.  What is it?

The Sheriff is a legitimate authority.  If he is having lunch and some kind of a crime situation breaks out, nobody would question him immediately taking action to stop the crime and arrest or even use appropriate level of force as needed to stop the crime.  If the Sheriff pulled you over on the way to lunch and asked you whether you stopped at the stop sign, you had better answer his questions!  However, he has no authority to demand a free sandwich.

The term used to describe the proper boundaries of an official’s authority and where it starts or stops is called jurisdiction.  The Sheriff has jurisdiction to stop a crime, or to investigate whether you broke the law.  However, to require a sandwich shop to give him free food is outside of his jurisdiction.  If the Sheriff used his position to demand free food, it would be an abuse of his position and he would be operating outside his proper jurisdiction.  He would be, in fact, a criminal, and guilty of theft. Yes, it matters.

Would it be any better if our fictional Sheriff were to come into our homes and tell parents how to raise their children?  Would it be less offensive if he came into our churches to tell the Pastor what parts of the Bible he could or could not preach from?  No, these scenarios would evoke similar emotions, and for good reason!  Any example in things like this would clearly show there are lines where the Sheriff has proper authority on one side of the line – and on the other side of the line, he does not.  Should the Christian reader have a Biblical requirement to honor these excursions by our Sheriff into areas outside his jurisdiction, based on Scriptures like Romans 13?  I think everything in each of us cries out “NO”.  These are areas where he has no authority.  He has no jurisdiction.  These are areas outside his legitimate role, and are therefore not protected by the Biblical requirement for submission to authority.  He has no authority in these areas because he is outside his jurisdiction.

Webster’s 1828 Dictionary offers several definitions of the word “Jurisdiction” that may be helpful:

-The legal power of authority of doing justice in cases of complaint; the power of executing the laws and distributing justice.

-Power of governing or legislating.

-The power or right of exercising authority.

-The limit within which power may be exercised.

The founders of our nation understood jurisdiction.  Read through the Declaration of Independence and you will see where they outline specific ways in which King George III had abused his authority and went outside his proper jurisdiction.  After listing all the infractions, they concluded the King was a tyrant and, “Unfit to be the ruler of a free people”.  A tyrant is someone who seeks to exert authority in areas that are outside his or her proper jurisdiction.  The Sheriff in our example who demanded free food is a thief.  He could also be properly called a tyrant.  I am afraid Americans have lost their understanding of what tyranny is and what it means to operate within proper jurisdiction.

Everyone in public office today is sworn to support the Constitution of the United States, which defines very limited roles for officials.  Yet, many of these officials, like the Sheriff in our example, exert control over areas well beyond their rightful jurisdiction.  They think that just because they hold a position of responsibility, they should not be limited to the defined boundaries of the powers of their office.  As Americans, we have to learn the way our government is supposed to work.  We need to know the defined, proper role of government, as found in the Constitution, so we can hold all of our officials accountable to their oath and make sure they stay within the limits of the role they are acting in.

Our Constitution created a government with strict limits on powers, because our founders knew people naturally tend to abuse power.  Thomas Jefferson said, “In questions of power, then, let no more be heard of confidence in man, but bind him down from mischief by the chains of the constitution.”  Americans must know the Constitutionally defined limits of legitimate government power and hold their officials accountable to staying within those boundaries.  Our Constitution is an “Express Powers” document.  That means each branch of government is limited to those powers that are specifically listed, or enumerated, in the Constitution.  If something is not specifically listed among the enumerated powers of the government, then it is outside the proper jurisdiction of the federal government.  In future posts, we will examine the specific, “Enumerated Powers” of Congress, the President, and the Judiciary.  Then we will better know when they are attempting to take a sandwich to which they have no right!