Enumerated Powers Defined in the Constitution
Published on December 13, 2021 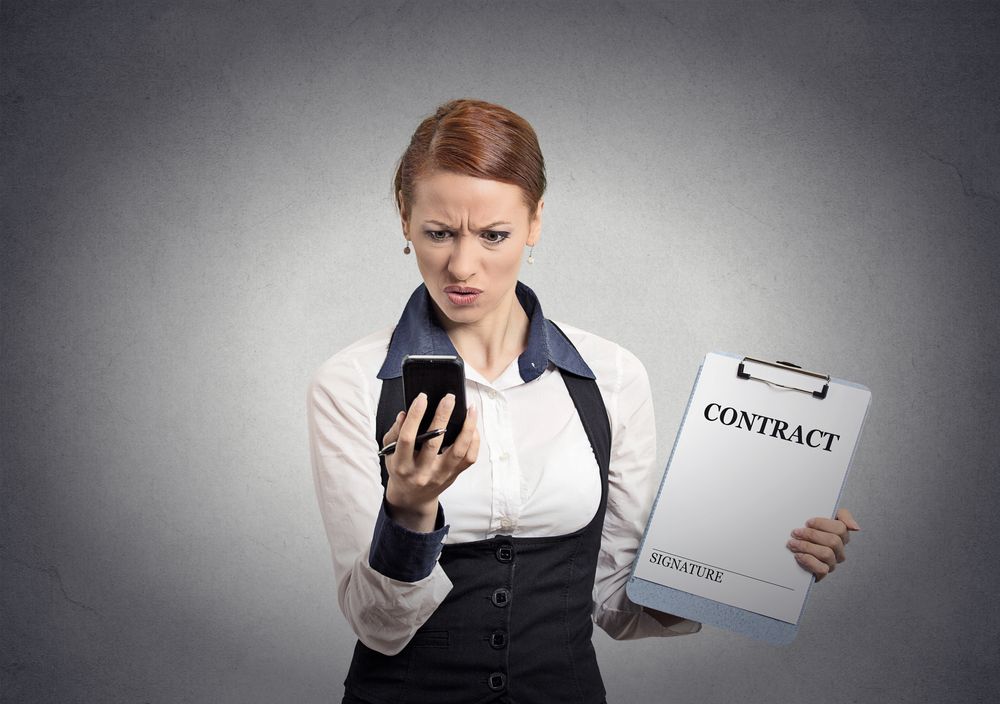 One evening I received a call on my old, out of date cell phone from my mobile phone company offering me an amazing deal.  If I added a line to my plan, and committed to 2 more years of service, then they would give me a free, latest model iPhone!  I had already been kicking around the idea of adding a line, and I had no plans to change companies so I decided to do it.  It sounded too good to be true!  Well, maybe it was…  I immediately started seeing charges on my bill to pay for the new phone.  I called my company and told them they lied to me and I threatened to leave them forever and tell the world to leave them forever also!  After several calls to escalating levels of their management, they began manually crediting my account to try to make it right.  So, our relationship has limped along on the brink of an ugly separation.  I have repeatedly invited them to reference the recordings of my call that fateful night, but wouldn’t it be easier if I had something in writing that clearly stated what I was promised!

Get it in Writing!

“Enumerated Powers” means simply if it isn’t listed in the Constitution, the federal government can’t do it!  People have trouble understanding there is any significant limit on the authority of the federal government – but there is!  Or at least, there is supposed to be…  However, unlike the promise I received for a free phone, this one is in writing!

This idea of Enumerated Powers has been so removed from American education systems and has been largely ignored by those in public office, regardless of political party, for so long that it might seem a little strange.  Much like my cell phone offer, maybe it seems “too good to be true”.  If something is not specifically listed in the Constitution, then it is off limits and there is no authority for Congress to legislate in that area.  Let’s consider something official that will clearly illustrate what we are talking about here.  The 10th Amendment to the United States Constitution is the last of the 10 Amendments collectively referred to as the “Bill of Rights”.  It reads…

“The powers not delegated to the United States by the Constitution, nor prohibited by it to the States, are reserved to the States respectively, or to the people.”

The 10th Amendment makes it clear – if it isn’t specifically authorized in the Constitution, then the federal government can’t do it!

Other Entities Can Act

Just because something can’t be done by the federal government, doesn’t necessarily mean it couldn’t or shouldn’t be done…  Each of us can think of things that need attention, or need help!  Depending on what the particular things are, they could still be done by the state or local government levels, or by a private organization, or by a church, a family, or even an individual citizen – but just not by the federal government.  The federal government can only do things they are authorized to do in the U.S. Constitution.  Our system was set up where the closer an entity is to the people – the more power they have to influence the everyday lives of the people.

“The powers delegated by the…Constitution to the federal government are few and defined. Those which are to remain in the State governments are numerous and indefinite.”

I Need a Meeting!

If I am trying to figure out how much influence a level of government should have, it helps to consider a series of “Which is easier?” questions about a potential meeting.  Would it be easier to get a meeting with the President of the United States, or with my State Governor?  Neither would be easy, but I’d have a significantly better chance with my Governor.  Would it be easier to get a meeting with my U.S. Representative, or with my State Representative?  This is an easy one for me.  I know my State Representative – my kids helped him campaign.  This gets even easier when you get to the County Commissioner or City Council.  I have a good chance of running into those folks at the donut shop on Saturday morning, where I could let them know what I think about their latest actions!  Certainly, I could arrange a meeting with these people to let my voice be heard.  Our system is built this way intentionally.  The levels closest to the people have more power over the lives of Americans – not less.  When we need to talk with our officials to exert the will of “We the People”, it is much easier to reach the closer levels.  This is the reason the Tenth Amendment is in there.  Power at the federal level is limited, and it is limited on purpose!  Power at the state and local level is designed to be much broader.

Prohibited by it to the States

Reign Them Back in!

This idea of limited government, and Enumerated Powers is a key principle upon which our federal government was founded.  The reason it may not sound familiar to us is that our officials have been ignoring this idea for a long time…  Nowadays, prevailing thought says, if there is something we would like to see the federal government do, then we look for a time when a particular party controls congress, or maybe we hope for the right justices to be nominated to the Supreme Court, or we hope to win the next Presidential election.  Certainly, if we can get all three of the branches of government on “our side”, then we like to think we could do anything we want.  There is only one problem with this line of thinking that we all seem to do these days – it is not Constitutional.  Whether we like it or not – whether it is something we would support or not…  if it isn’t an Enumerated Power, the federal government can’t legitimately do it.  Both major political parties are guilty – way guilty – of doing lots of things that are outside their Constitutional boundaries.  Let’s reign them back in to their proper limits!

Are “General Welfare” and “Necessary and Proper” Clauses Constitutional Exceptions to Enumerated Powers?

Are there exceptions to enumerated powers? In several of our articles including, “What are Enumerated Powers”, and others, we talk much about...