The destructive events of the last few weeks rolled around endlessly in Jina’s mind.  Everything she loved in her life had come crashing down around her.  Tossing and turning, she watched each hour come and go, rolling on towards the morning.  For a moment, her thoughts drifted to that time when all was right and she was filled with hope and promise.  She recalled her journey down the aisle of the beautifully decorated, small country church.  She thought of that walk upon rose pedals through the smiles and tears of joy filling the eyes of her family and friends.  She had clung to her father’s arm, until they arrived at the altar where he gave her away to be married to her new husband Morris.  There she promised love and faithfulness to him and they began their new life together.  She will never forget the sound of his voice, reciting his vows to her…  promising her his everlasting faithfulness, and to forsake all others as long as he lived.  She never imagined his vows were doomed to be shattered just a few short years later.  It was a somewhat stereotypical story.  Morris had friends at work.  On Friday nights, he would go with them as they celebrated the end of the week.  She never doubted his faithfulness…  until it was too late.

Fortunately, the story in the preceding paragraph is fictional.  Morris was the infamous star of another blog article, Born to be a Car Thief, but this was the first time we met Jina.  I wanted to open with this story to illustrate an argument I heard recently.  Someone was speaking against having a Convention of States.  He presented the argument that, “In a marriage, if someone is breaking marriage vows, we don’t need to go back and change the vows – there is nothing wrong with the vows – we need both parties to keep the original vows they made!”  Frankly, I thought the argument made a lot of sense.  It made so much sense that it really made me think.  Do we need to go back and change our marriage vows – our very Constitution – in response to the federal government failing to abide by the principles of limited government upon which our nation was founded?

As I thought on that subject, I tried to create in my mind a tragic scenario like the one that Jina found herself living through in our opening paragraph.  Realistically speaking, what will likely happen in Morris and Jina’s situation will be a divorce.  When we speak on a national level, a “divorce” between parties of the United States Constitution starts to look like states taking sides against the federal government.  We have seen that kind of thing in our country before.  May we never repeat it!

something has to change

Alternatively, in our fictional story, what would need to happen for Morris and Jina to NOT have a divorce?  Morris has clearly broken the vows – the terms of the marriage covenant where he had promised to forsake all others.  How can he make that right again with Jina?  I am no expert on relationships, but it seems clear to me that if they have any chance to make it, at a minimum they are going to need some new rules in their family.  I promise you Jina is not going to try this thing again with Morris continuing to go out with his friends!  And if he ever goes anywhere near that other woman again, there’s a good chance someone is not going to make it!  So, I agree their relationship is in dire trouble.  Their marriage may not make it.  But if their marriage is going to have any chance at all, there will have to be some new rules.  These new rules will not be to introduce new concepts or in any way to “fix” something wrong with their marriage vows – but to restore the original heart and spirit of those vows.  That is exactly why our nation needs a Convention of States.  We need to restore the heart and spirit of our original Constitution.

Our nation is in trouble.  We started out as 13 independent countries – all fully capable of governing ourselves.  These countries came together to make a contract – a set of vows, if you will.  Each country would retain almost all of its autonomy, except a short list of specific items they thought would be better delegated to the federal government to be done on behalf of all of them together.  They were vows that would ensure faithfulness of the parties to this agreement.  They were vows that activities and behaviors destructive to the relationship were “off limits”.  What kind of marriage can exist when either party ignores the vows that bonded them together?  Yet, that is exactly the situation we find ourselves in today as we see our “vows”, the limits of the federal government’s activities, being ignored, or even actively attacked in our society today.

Ladies and gentlemen, we need an Article 5 Convention of States.  We don’t need it because something was wrong with our original vows.  We need the convention because the parties to the agreement have not been faithful to what they promised!  It is not reasonable to think that Morris and Jina will be able to just keep going and pretend none of this happened, and to just quietly resume their commitment to their vows as if all is well.  Nor will “We the People” be able to pretend the federal government has always stuck to the principles of limited government as found in our original Constitution.

At the very least, Morris should expect the locks to be changed, and to not to be allowed back into the home until he agrees to new rules around here.  No more running around with his buddies and picking up strange women.  Our federal government should expect the locks to be changed and the States to use the Constitutional authority granted by our founders to enforce limited government.  Term limits, a balanced budget, and fiscal restraints to control spending, are common sense starting points that the states should require to begin the process of healing the damaged relationship with the federal government.

Morris’ behavior is limited – by design – by the vows he made to Jina.  Our federal government’s behavior is limited – by design – by the vows made at the Constitutional convention, and the ratifying conventions.  We need a Convention of States not because something is wrong with those original vows, but because they are not being kept.  If we don’t use the tools our founders gave us, if we don’t do something to enforce limited government, then our nation – like Morris and Jina’s marriage – will likely soon be lost. 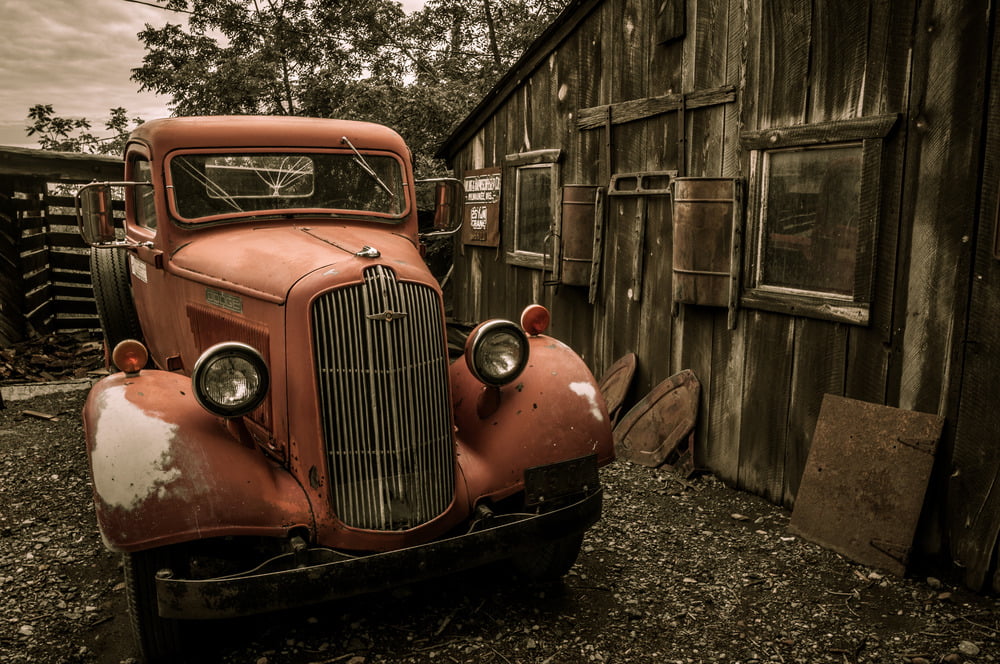