Foundational Principles of the United States- What are they?
Published on November 18, 2021 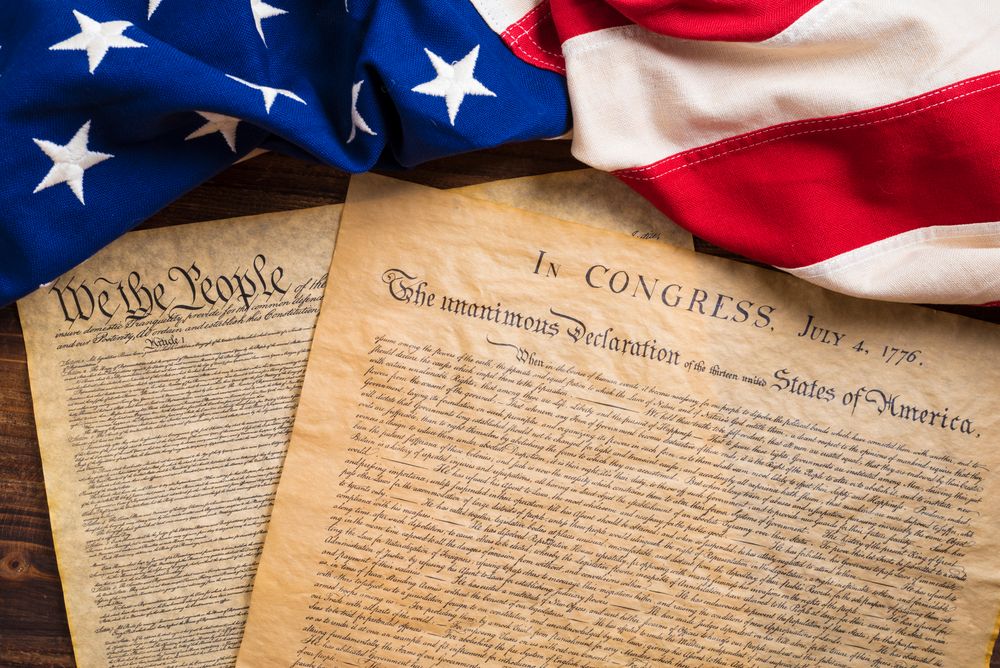 Many times, people will speak with confidence about what they believe to be “Foundational” principles of our nation.  They will often say those principles are the modern (false) idea of “Separation of Church and State”, or that our founders were Deists, or Atheists, and the separation from things of God was the “secret sauce” that has brought about the greatness of America.  I could not disagree more!

We’ve been lied to

To be fair, it is not really the fault of these people for believing these things.  They have heard so many lies about our nation for so long, from so many sources they trust, so they don’t see how these ideas could not be correct.  In fact, if you press them, many of these people will not even know which founding document supposedly contains these ideas.  Some of the more “informed” of these deceived people will tell you these ideas are contained in the First Amendment to the Constitution, where “Separation of Church and State” allegedly resides.  As a result, these folks will say it is wrong to reference the Scripture, or talk of God or His Word in public office.  We will look at the First Amendment in far more detail later, but for now bear with me a little as we consider some very briefly summarized background information.

Let’s think about this…  Our forefathers declared independence from Great Britain in 1776.  We started our national existence as a collection of free and independent states, and then ratified the Articles of Confederation in 1781.  The central government under this document was too weak to be effective so the issue was readdressed with the creation of the current Constitution of the United States, which was completed in 1787, and ratified and took effect in 1789.  Later, the first 10 Amendments to the Constitution, collectively known as the “Bill of Rights” was ratified in 1791.  That means the First Amendment to the Constitution was ratified in 1791 – over 15 years and 2 Constitutions after the founding of our nation!  If we assume for a second that there was a “foundational” idea of Separation from things of God, and that idea is contained in the First Amendment (both faulty assumptions, but we’ll go with it for now to make our point), then that means that it took over 15 years to get this supposedly “foundational” idea into our national documents!

If there was an idea that could rightly be called “foundational” to the American form of government, would it not be found extremely early in our founding?  In fact, would it not be found in the very document where our reasons for founding the nation in the first place are listed?  That document is the Declaration of Independence.  We do not have to speculate as to the reasons our founders sought to establish a new nation.  Nor do we have to wonder at what ideas they thought would be “foundational” to our new country.  They are conveniently recorded for us in the Declaration of Independence – the first document Congress ever produced as our own nation.  Let’s turn to the Declaration for a look at what could rightly be called the foundation of our country.

“We hold these truths to be self-evident, that all men are created equal, that they are endowed by their Creator with certain unalienable Rights, that among these are Life, Liberty and the pursuit of Happiness.–That to secure these rights, Governments are instituted among Men, deriving their just powers from the consent of the governed”

Second paragraph of the Declaration of Independence, 1776

This is the foundational principle of our nation, and it gives us several VERY IMPORTANT facets to consider!  We could talk for a long time about all the great stuff found in the Declaration, but let’s just point out a few things from this short, quoted passage.

How this plays out

So what does all this look like?  Let’s consider an example.   God says, “Thou shalt not kill” in the 10 Commandments.  What this means is that God has given to each of us a right to live!  So, I should not presume to have any right to take life from another person because God has given that person the right to live and prohibited anyone from taking it.  Therefore, “We the People” consent to having laws against murder.  Those laws align with God’s law which guarantees life to each of us.  So, if I commit murder and take someone’s life, I have broken the law and infringed upon the right to life that was given to that person by God Himself.  It should be no surprise to me then, that I should expect punishment for my crime.

We can consider a similar example with the right to property.  God said in the 10 Commandments, “Thou shalt not steal”.  This means you have a God-given right to private property, because God forbids anyone from taking what is rightfully yours.  Therefore, “We the People” consent to having laws against theft.  Those laws align with God’s law which guarantees to each of us our right to own private property.  We could keep going through the 10 Commandments and see other rights given by God and protected in His laws.  This idea is the foundation of law in our country which is why you also tend to see monuments of the 10 Commandments in historic, legal buildings.  This is the way our nation was designed to work – from the very beginning of our nation.

God, not the government, gives us rights

So, “We the People” established government not to give us rights – but to Secure rights already given to us by God, and found clearly presented in His Word.  Now the government has become the tool to attack the liberty of the free people who created it and whose consent gives power to that government…  Seem out of whack?  At Patriot’s Hope, we want to look back at our founding documents and get the truth of our form of government.  It is not correct to say that being a secular society, separated from things of God is the foundation of our form of government.  Our nation’s foundation was built upon God and His Word, and on the amazing truth that He – not government – gave us rights, and that the people established government in order to secure those rights.