Are “General Welfare” and “Necessary and Proper” Clauses Constitutional Exceptions to Enumerated Powers?
Published on February 03, 2022 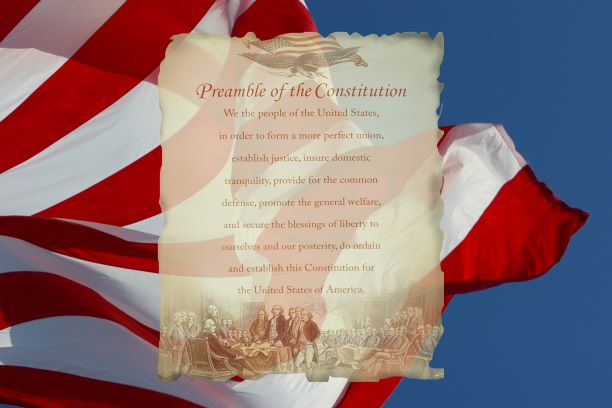 Are there exceptions to enumerated powers?

Clauses like “General Welfare”, or “Necessary and Proper”, are often abused, taken out of context, or misunderstood, but they do not provide a Constitutional exception to the requirement for enumerated powers.  We will consider each in their Constitutional context and show these are not, and were never intended by our founders to be, exceptions to the limitation on government of enumerated powers.

What did the founding fathers say about this?

We will take a closer look at each of these terms in their proper Constitutional context and find out what the founders meant when they used them.  As we so often find when considering our Constitution, the founders themselves even gave us some great quotations on this subject, so we don’t have to wonder what they would say!

First, let’s consider the “General Welfare” clause.  This one frequently comes to mind.  Those looking for expansion to federal power usually say Congress can do most anything using this clause as justification.  They tend to think this means Congress and the Federal Government may do anything as long as they are generally trying to make things better for Americans…  Is that what our founders intended?  Let’s look at the two places in the Constitution where we find the phrase, “General Welfare”.

The first place we see the term, “General Welfare”, is in the preamble of the Constitution…  It reads, “We the People of the United States, in Order to form a more perfect Union, establish Justice, insure domestic Tranquility, provide for the common defence, promote the general Welfare, and secure the Blessings of Liberty to ourselves and our Posterity, do ordain and establish this Constitution for the United States of America.”

The Preamble does not hold the force of law, and confers no power on any branch of government, but the purpose of the Preamble is to set the stage for why we are writing the Constitution in the first place.  It is a helpful reminder to consider what was going on at this time in our history.

If you will remember, our nation declared our independence from Great Britain in 1776.  At this point in time, in 1776, all 13 of the original colonies were completely independent of Great Britain, and independent of each other and really were more like what we would consider to be separate countries – not like states of the same country as we consider them now.  For the next several years, during the War for Independence, they operated under the Articles of Confederation, which only loosely tied them together.  Anything they tried to do together as a group (like fight Great Britain for independence) was weak and ineffective.  When the Constitutional Convention convened, they were still fiercely independent, but also understood there were certain functions that should be done together, on behalf of the group of states, which would make all of them stronger and more effective together.  These specific areas, or functions where the federal government would act on behalf of all the states together became the “enumerated powers” listed in the Constitution.  In doing these limited functions, the federal government would promote the “general” welfare, or the welfare of all the parties (the free and independent states) together.  The last thing any of them wanted was to give broad authority to a central government!  They were completely capable of governing themselves.  They only wanted to designate a limited list of functions they thought could be done better by a federal government on behalf of all of them together.

The second place we see the term “General Welfare” is in the first paragraph of Article 1, Section 8.  It reads, “The Congress shall have Power To lay and collect Taxes, Duties, Imposts and Excises, to pay the Debts and provide for the common Defence and general Welfare of the United States; but all Duties, Imposts and Excises shall be uniform throughout the United States;”  Article 1 then proceeds to list the enumerated powers of Congress.  This passage is explaining that Congress can collect money through taxes for the purpose of providing for the “Common” defense, and the “General” welfare.  The idea is clear, “General Welfare” refers to that which is common to all the parties of the Constitution, which were the 13 original states.  They were to accomplish the list of tasks that were about to be specifically listed, in a way that benefitted all the states together.  After all, that was the reason we were writing a constitution in the first place was to accomplish a specific list of things that would be better done by a central government on behalf of all the states together.  Their experience had shown them they were less effective to attempt these specific functions separately, so they were deciding together that this specific list of powers would be carried out by a central, federal government and would better serve them all – their “General Welfare” – more effectively than it would be to try to do these functions separately.  Thomas Jefferson put it this way:

Federal Government to work for the General Welfare?

This idea that the federal government was to work for the “General Welfare”, or on behalf of all the states together in no way negates the fact that the powers of government are limited by the Constitution.  James Madison described what would happen if “General Welfare” was interpreted broadly and allowed Congress to go beyond their enumerated powers.  In fact, his description sounds eerily familiar to what we see today!  He said:

This is the only place “necessary and proper” is mentioned in the Constitution!  A plain reading in context shows this phrase does not give new powers to Congress, but instead gives them the power to make laws to carry out their enumerated powers which were just listed…  referred to here as “the foregoing powers”.   James Wilson was a signer of both the Declaration of Independence, and the Constitution.  We have his comments on this “Necessary and Proper” clause…  He says:

“The concluding clause, with which so much fault has been found, gives no more or other powers; nor does it, in any degree, go beyond the particular enumeration; for when it is said that Congress shall have power to make all laws which shall be necessary and proper, those words are limited and defined by the following, ‘For carrying into execution the foregoing powers.’  It is saying no more than that the powers we have already particularly given, shall be effectually carried into execution.”

-James Wilson, Signer of the Constitution from Pennsylvania

The States Can Likely Do it

The powers not delegated to the United States by the Constitution, nor prohibited by it to the States, are reserved to the States respectively, or to the people.

– Tenth Amendment to the U.S. Constitution

Our government is now bursting at the seams and our immense national debt grows every day with deficit spending.  It is imperative that “We the People” take control of our government and stop allowing these unconstitutional actions that are outside of the enumerated powers of the federal government.  We need to return to our Constitutional form of limited government.  We need to return to enumerated powers.  We need to stop allowing excuses from our legislators who would take these clauses out of context and abuse the document they are sworn to support.  Let’s hold our officials accountable for adhering to their oath to support the Constitution of the United States.

“I consider the foundation of the Constitution as laid on this ground: that “all powers not delegated to the United States by the Constitution, nor prohibited by it to the states, are reserved to the states or to the people” [the Tenth Amendment]. . . . To take a single step beyond the boundaries thus specially drawn around the powers of Congress is to take possession of a boundless field of power, no longer susceptible of any definition.”