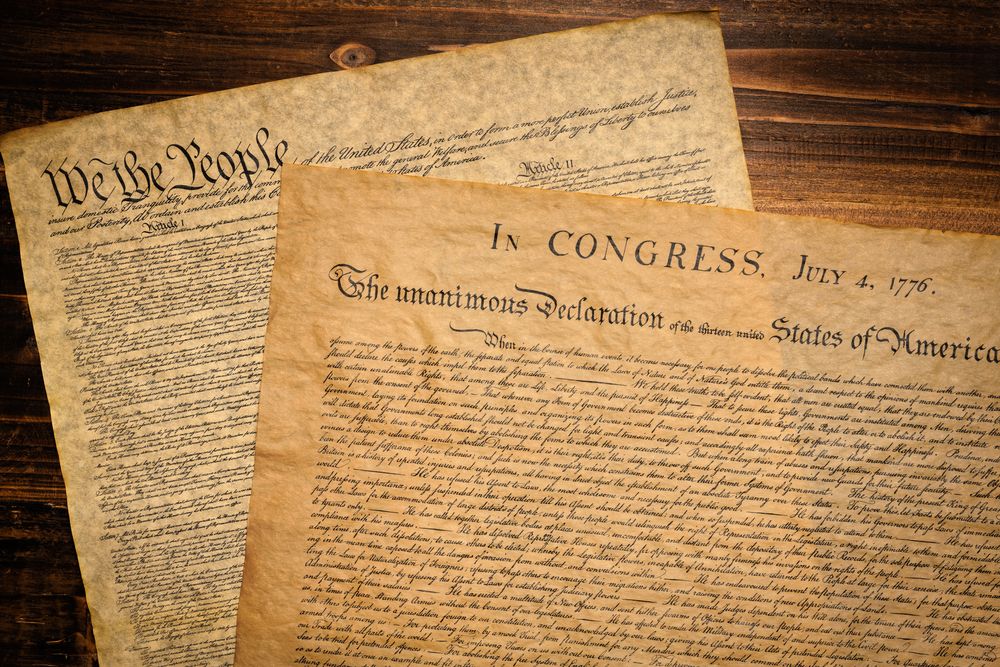 In our articles entitled, “What are Enumerated Powers”, and “Enumerated Powers Defined in the Constitution”, we discussed the important, American ideas of Enumerated Powers and Limited Government.  If done correctly, the role of the federal government would be limited to only those items specifically listed, or enumerated, in the Constitution.  However, that begs the question – What do we do if “We the People” want the federal government involved in something new?  Are we just stuck with a government powerless to address what we want addressed?  Fortunately, like so many things, our founders foresaw this and provided for it in our Constitution’s amazing design!

“We the People” can ABSOLUTELY add enumerated powers to the federal government!  We can also take them back again if we find out it was a bad idea!  Our founders provided the method to do this, using Constitutional amendments as described in Article 5 of the Constitution.  The bar is intentionally set very high – which ensures amendments are only done when the majority of Americans want something changed, but they can absolutely be done.

An example from history

Let’s consider a time in history when the majority of Americans wanted the federal government involved in a new area – they wanted the federal government to prohibit alcoholic beverages.  We will find they used the Article 5 amendment process prescribed in the Constitution – they did not just do what our government officials do today if they want to do something.  Later, they found out their idea wasn’t so great – so they undid it.  In going through this process, they honored the Constitutional limits of government.   We can learn from this whole event – not so much from whether prohibition was a good vs bad idea – but how to make (or unmake) changes to areas where we want the federal government involved.

What was the problem?

In the early 1900s, Americans were very concerned about problems associated with alcoholic beverages in our country.  The problem was being dealt with differently in different states.  Some states were dry, and some weren’t.  Other states allowed the issue to be decided at the county level.  Finally, on December 18, 1917, Congress voted to send the Eighteenth Amendment to the states.  If ratified by the states, the Eighteenth Amendment would prohibit the “manufacture, sale, or transportation of intoxicating liquors…”  The purpose of this article is not to argue for or against prohibition, but to show how changes can be legitimately made to the scope and jurisdiction of the federal government, using the process of a Constitutional amendment as described in Article 5 of the Constitution.  In January 1919, a little over a year after it was sent to the states by Congress, the 18th Amendment was ratified and became part of the U.S. Constitution.  Prohibition had officially begun.

Why Bother with a Constitutional Amendment?

Wow – a Constitutional amendment?  Really?  That seems strange to us today.  In today’s world, if we were trying to get the government involved in a new area, we would undoubtedly hear things about which party controls Congress, or how many votes the House Speaker, or the Senate Majority Leader, could “count on”.  Maybe we would look to the President and whether he would put out an “Executive Order” to accomplish the goal.  Or maybe, we would wait for the right Supreme Court case to come around – while the right mix of Justices were on the bench – and we’d hope they would “Legalize” or “Strike Down” something.  The trouble is that none of these approaches would suffice.  No branch of government has authority to add new Enumerated Powers.  That requires a Constitutional Amendment.  Nowadays, we allow our government to do all kinds of things that are well beyond the scope of their Constitutional power.  When prohibition was being considered, however, everyone knew it would require a Constitutional amendment to get that done.  That is exactly the route they took.

As often happens, when government addresses something – even with good intentions, and even when doing it Constitutionally – it often has bad side effects.  That certainly happened with Prohibition.  Prohibition created problems in American society.  These problems included black market, bootleg alcohol operations complete with corruption of law enforcement officers and judges, gang wars and shootouts in our cities.  These problems continued to grow.  Before too long, Americans were looking to take back that new enumerated power we had loaned to the federal government.  That is the beauty of the People of the United States driving the train on federal power.  If the people want to make a change, they can make it.  If they decide that was a bad idea, then the people can take it back and put it back like it was.  The American people decided to do exactly that with the 18th Amendment. It was undone and the jurisdiction was taken back from the federal government with the 21st Amendment.

How do We amend the constituTion?

There are 2 processes for Constitutional amendments described in Article 5 of the Constitution.  In the first of them, two-thirds of both houses of Congress proposes amendments.  In the second process, two-thirds of the States call a convention to propose amendments.  Under either approach, the proposed amendments have to be ratified by the legislatures of three-fourths of the states.  If there are things “We the People” would like to add to the Constitution, this is a process we can use.  Convention of States (COS) is an organization that is actively pursuing Constitutional amendments through the “two-thirds of the states calling a convention” method.  It is important we do this – not to give a new enumerated power like we did with the 18th Amendment, but to add new limits on federal power.  Because of the high bar set by our founders, these would need to be things that would benefit all Americans like a balanced budget amendment, or perhaps term limits for the Legislative and/or Judicial branches of government.  Passing Constitutional amendments is the way that “We the People” can remain in control and holding the reins of what is supposed to be a very limited federal government.  Let’s make it that way again!  Check out Convention of States for ways you can get involved!

Are “General Welfare” and “Necessary and Proper” Clauses Constitutional Exceptions to Enumerated Powers?

Are there exceptions to enumerated powers? In several of our articles including, “What are Enumerated Powers”, and others, we talk much about...