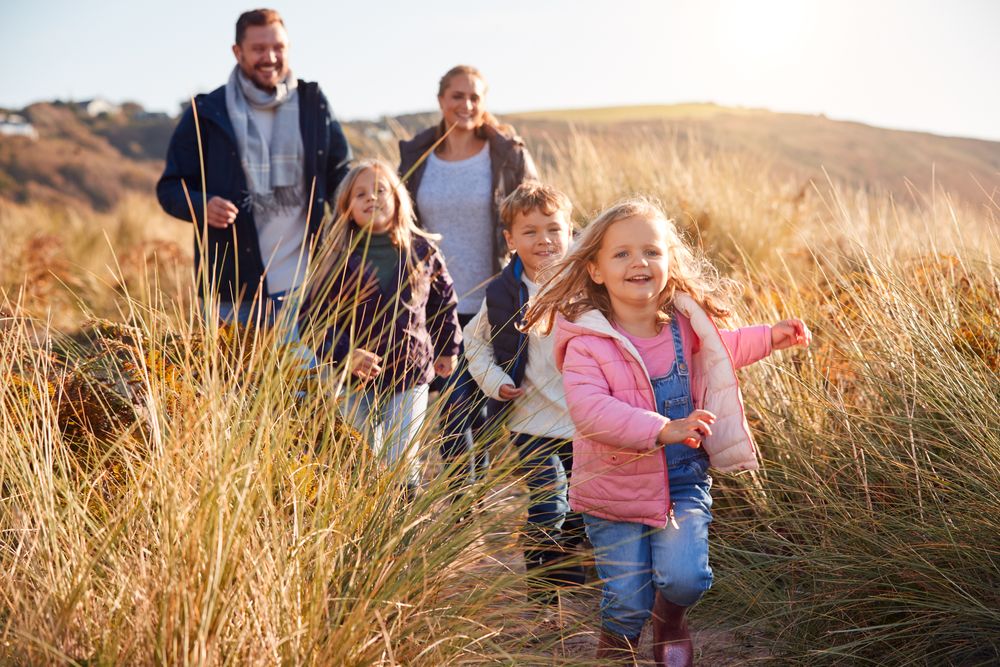 “Let me show you my room, Daddy!”  The young boy’s eyes beamed with excitement.  He had been working on cleaning up all morning and was anxious to share the unusually good results.  His father had been working with him to understand the importance of taking care of his things and keeping a tidy room.  Dad opened the door and was shocked to see the room looked wonderful!  “Wow!” the boy’s father exclaimed, “What a great job!  Let’s celebrate!  How about with ice cream!”.  They get out the cones and scoop up their treat – and then, a knock at the door…  It is the Health Department.  They barked that the man was not authorized to give his son the ice cream – the sugar content was too high and could lead to adverse health effects in the future.  They would, however, authorize a carrot stick to celebrate the child’s victory.

Who has jurisdiction over the children?

Fortunately, (for now anyway), this story is fictional.   But it demonstrates an example of a government entity infringing on a family’s jurisdiction.  The Bible is very clear as to where the jurisdiction lies for raising children.  Ephesians 6:4 clearly lays that responsibility upon fathers.  I am not attempting to downplay the role of the mother in the home, and defining Biblical roles of father and mother in the home is beyond the scope of this article, but the important thing to notice for our purpose is that it is NOT any level of civil government that is responsible before God for raising children.  Raising children is a jurisdiction of the family.  All too often, government at whatever level pries its way into family jurisdiction, and we need to stop allowing this to happen.

What does the Bible say?

And, ye fathers, provoke not your children to wrath: but bring them up in the nurture and admonition of the Lord.

I think also many times, even conservative people who believe in limited, constitutional government allow ourselves to be pulled off track with regard to jurisdictions.  For example, let’s use our fictional story above about the ice cream and the Heath Department official.  If, (or should I say “when”?) civil officials would abuse their roles to this point, we might be tempted to jump into the debate trying to prove that a little ice cream for a child to celebrate a victory is ok – or even good.  I mean, I would agree with that, and I enjoy sharing a treat with my children as much as anyone.  But the right argument is not whether or not ice cream is good or bad for such a thing.  The right argument is that civil government has no jurisdiction in the matter at all!  The parents have been given jurisdiction by God to raise their children.  The parents are accountable to God for the full range of how they raise that child.  The time celebrating the child’s wins can be relationship-building times, but admittedly, the child’s eating habits and health are important.  So, who is to balance this kind of thing?  It has to be the parents.  The parents have been given that job by God Himself.  So, we don’t need a law or a constitutional amendment that says parents can give ice cream to their children – we need civil government to stay within its legitimate boundaries and to stay out of jurisdictions they have not been given.

not an easy subject

At this point, let me confess I have had this partially written article in my “In work” folder for several weeks, and I have had as many as 4 different files saved in this folder with different versions!  I have struggled to figure out the best way to discuss and show the ways that government intrudes into family jurisdiction.  God gives children to parents and parents are accountable to Him in raising them, but how is best to communicate this and tell that story in a blog article?  As I contemplated this, a couple of important examples have come up that will help to illustrate this point.  Unfortunately, these are not fictional like our ice cream story.

The kidnapping of Baby cyrus

In Meridian, Idaho, recently, a 10-month-old baby named Cyrus was literally kidnapped – ripped from his mother’s arms at gunpoint by police in tactical gear.  This was done in the name of “child endangerment”.  How did the parents “endanger” the child?  They did not.  That is the simple answer.  The parents have been working with doctors to try to figure out a health problem with Cyrus’ digestion.  His body has trouble digesting food other than his mother’s breast milk.  If you have ever been a parent trying to find a doctor who can tell you what is wrong and how to help your child, then you know how they feel.  I have been a parent like that.  So, during this process of trying to help their baby, a power hungry, overzealous Nurse Practitioner reported them to CPS.  You can read the entire story and see the videos of the encounter with police at this link here.   Baby Cyrus Was Kidnapped!

COme on! Is it really “kidnapping”?

How did we get to a place where “authorities” feel they can kidnap a child – literally pull him from his mother’s loving arms – and take custody from the family?  Fortunately, Baby Cyrus is physically back now with his parents, but the State of Idaho still claims custody of the child and dictates decisions of his care.  This is an area where the state has no real jurisdiction and yet Idaho has stolen jurisdiction.  Cyrus’ parents have the responsibility to care for their son and to bring him up in the nurture and admonition of the Lord.  The State of Idaho has unlawfully stepped in between them and violated their rights in many different ways.  This is kidnapping.  Cyrus’ grandfather shared how the State of Idaho earns funding for each child they take from the parents, and they earn more funding for placing the child into foster care.  In this regard, the State of Idaho is literally getting money for stealing and selling babies.  Wickedness like this happens all too often.  We need to reclaim this area of jurisdiction and not allow this to happen in our country.  Baby Cyrus’ family has vowed to fight this injustice not just for Cyrus, but for the countless victims of this kind of thing that happens every day all over our country.  If you would like to support their work, as well as Baby Cyrus’ legal and medical expenses, you can do that at this link.   GiveSendGo – Save Baby Cyrus from Medical Kidnapping

With the story of Baby Cyrus still on our thoughts, my wife and I attended a film the other night called “The Mind Polluters”, which was an event hosted by Texas Freedom Coalition and Texas State Senator, Mr. Bob Hall. The film discussed how our public education system is indoctrinating our children with everything opposed to traditional values and the Christian faith.  Children, even from kindergarten and early elementary levels, are taught all kinds of wickedness including sexuality, homosexuality, and transgender.  There are books in our schools and libraries with graphic illustrations that would be illegal anywhere else, but are made freely available to our children.  These are things these young children do not need to be exposed to.  A couple things really struck me in the video.  It said the children have a natural response to not be comfortable with this material.  However, education officials are taught to overcome this reaction and continue the exposure until students become desensitized.  Secondly, it really struck me the children are taught not to listen to their parents.  They are taught that their parents (who are often far more traditional thinking) are out of touch and stuck in an outdated and obsolete way of thinking.  So, our state-funded education system is at war with parents and is lying to the children to steal the children’s allegiance away from their parents and into their evil agenda.

When I consider a couple of these real-life examples where proper family jurisdiction is under full assault, I find myself wishing we were still talking about ice cream vs carrot sticks.  Ladies and gentlemen, this is a war.  This is a war for the heart and soul of our children, our families, and our nation.  If America is to survive, we must follow the R.E.C.I.P.E. to save our country.  We have to ask the question, “What can I do?”, and get plugged into the fight wherever God would have us.  God gave family jurisdiction to parents.  Let us not agree to have it stolen by civil government and/or an education system with a wicked agenda.