The Importance of Prayer
Published on November 24, 2021 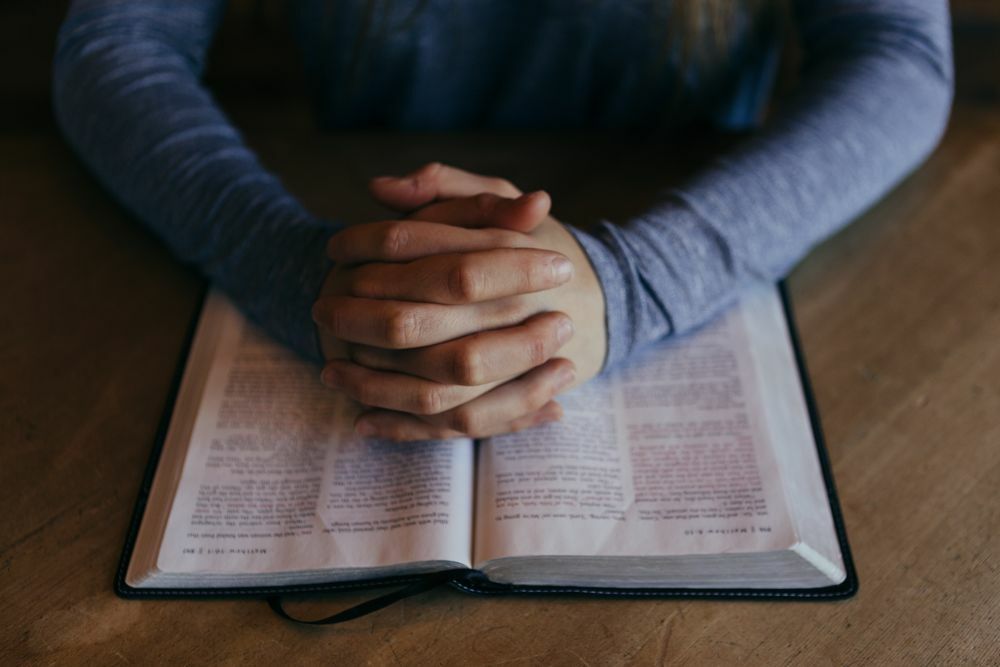 Since even before our founding, we have always been a nation of prayer.  Our forefathers understood that prayer was key to wisdom and God’s blessing.  During our Constitutional Convention in 1787, when it seemed impossible to bring together all the different interests and it looked like the whole effort to come up with a new constitution was about to fall apart, Benjamin Franklin made a statement that is eerily applicable to us today as we attempt to restore our Constitutional Republic that has fallen under significant attack…

“…How has it happened, sir, that we have not hitherto once thought of humbly applying to the Father of Lights to illuminate our understanding?  In the beginning of the contest with Great Britain, when we were sensible of danger, we had daily prayer in this room for the Divine protection.  Our prayers, sir, were heard, and they were graciously answered.  All of us who were engaged in the struggle must have observed frequent instances of a superintending Providence in our favor… And have we now forgotten that powerful Friend?  Or do we imagine we no longer need His assistance?”

EVEN THE “LEAST RELIGIOUS” HAD A BIBLICAL WORLDVIEW

I find it interesting that Benjamin Franklin, who is commonly known as one of the least religious of the founding fathers, asserted that when they had declared independence, they had daily prayers for Divine protection, and not only did they pray daily, but their prayers were answered!  Mr. Franklin noted the God of Heaven had moved on their behalf in the struggle with Great Britain.  Prayer is not a vain activity.  Prayer, for some reason I don’t fully understand, results in the very God of Heaven moving.  Charles Spurgeon said, “Prayer is the slender nerve that moveth the muscles of omnipotence”.  That seems like a vivid description to me because my prayer seems so small and insignificant.  However, to the extent that God moves as a result of my prayer, that makes my prayers huge!  The founders of our nation knew well that prayer was of critical importance.

“Prayer is the slender nerve that moveth the muscles of omnipotence.”

Like no other country on earth, the early years of our nation were literally filled with proclamations of prayer, fasting, and thanksgiving by colonial, state and federal officials.  There is no shortage of these stories, and copies of the proclamation documents we could use as examples, and we will tell many of those stories as part of the encouragement step of the recipe.  It is amazing, and quite encouraging, to see the hand of God move on behalf of the American people over and over again.  But did you know that as recently as World War II, the President of the United States, Franklin Delano Roosevelt, led the nation in prayer on June 6, 1944 for the soldiers storming the beaches on D-day?  I typically do not find myself being a fan of FDR or wanting to quote him.  However, at that critical time, President Roosevelt prayed with the nation.

“Almighty God: Our sons, pride of our Nation, this day have set upon a mighty endeavor, a struggle to preserve our Republic, our religion, and our civilization, and to set free a suffering humanity.  Lead them straight and true; give strength to their arms, stoutness to their hearts, steadfastness in their faith.  They will need Thy blessings. Their road will be long and hard. For the enemy is strong. He may hurl back our forces. Success may not come with rushing speed, but we shall return again and again; and we know that by Thy grace, and by the righteousness of our cause, our sons will triumph…  And for us at home — fathers, mothers, children, wives, sisters, and brothers of brave men overseas — whose thoughts and prayers are ever with them–help us, Almighty God, to rededicate ourselves in renewed faith in Thee in this hour of great sacrifice.  Many people have urged that I call the Nation into a single day of special prayer. But because the road is long and the desire is great, I ask that our people devote themselves in a continuance of prayer. As we rise to each new day, and again when each day is spent, let words of prayer be on our lips, invoking Thy help to our efforts.”

President Roosevelt encouraged Americans to have faith in God, and encouraged them to exist in a state of regular prayer for those fighting the war.  Do we now think that today, while we once again face the destruction of our nation – this time to a more domestic, but equally dangerous, enemy – that it would be wise to attempt that struggle for restoration without once again turning to God and asking for His hand to intervene on our behalf?  What an arrogant thought!  In recent years, lies have been told to Americans that we do not have a Christian heritage, that our success as a nation is more attributable to our being a secular nation rather than a Christian one.  We cannot continue to embrace these lies.  We must return to the original design of our nation!  We must return to being a praying people, a praying nation!

A NATION OF PRAYER

We don’t have to have armies storming beaches to pray for our nation.  God’s Word is clear, we should be a people of prayer, and we pray for those in authority so that we may live a quiet and peaceable life.

“I exhort therefore, that, first of all, supplications, prayers, intercessions, and giving of thanks, be made for all men; For kings, and for all that are in authority; that we may lead a quiet and peaceable life in all godliness and honesty. For this is good and acceptable in the sight of God our Saviour; Who will have all men to be saved, and to come unto the knowledge of the truth”

In America, if we take time to consider our true history, we will find that prayer was key to our independence, and winning the subsequent war with Great Britain.  Prayer was key to the successful ratification of our constitution.  Prayer was key to hundreds of other times in our wars and even other parts of our history when God noticeably worked on behalf of His people who called out to Him.  When Americans find themselves facing potential destruction, historically, our forefathers have turned to God in prayer.  This is something we need to do now! Let’s learn from the example of those Americans who went before us and take these things to God in prayer!

Encourage is the "E" in R.E.C.I.P.E. What did you think about history class back in school?  I am willing to bet your answer to that question...